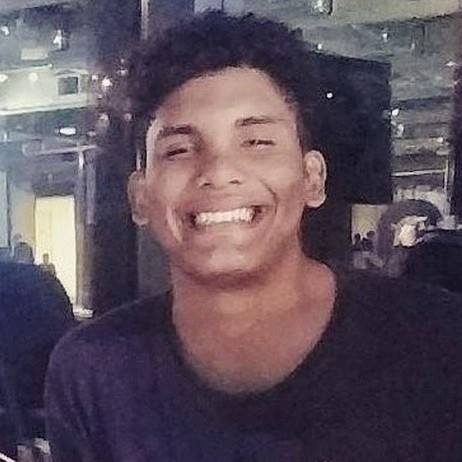 I was born in São Gonçalo and lived a considerable time in Bom Jesus da Lapa (Bahia State) and in Itaboraí. My father is a retired military man, and when I was a kid, he used to bring (old, after being discharged) computers for me and my brothers to play at home. Disassembling computers here, mounting others there... downloading random software to do small experiments.

I remember once my father presented to me and my brothers a mysterious "software that could make software", he did not understand much of the subject, but spoke with great excitement and said us to explore such software, which even I do not remember of the name.

I love physics, even though I'm terrible at the field, but it was enough to motivate me to pursue a degree in nuclear engineering. I've never been sure about things in my life, but let's get on with it without getting into it too much!

I've been a musician since I was 6,π, and I love improvised jazz, I'm currently a trumpeter (I play the trumpet for about 7 years), and I even thought of a degree in the area, but I didn't want to turn it (the music) into a possible obligation. Recently I discovered a new passion, Jiu-Jitsu (although I've been suffering a lot in training lately), which made me realize the importance of physical activity for the mind and body in general, by the way, I recommend it, because people can usually find a meaning in that.

And last but not least, once someone said that programming "is as close as we can get to having superpowers." And who wouldn't want super powers, would they?