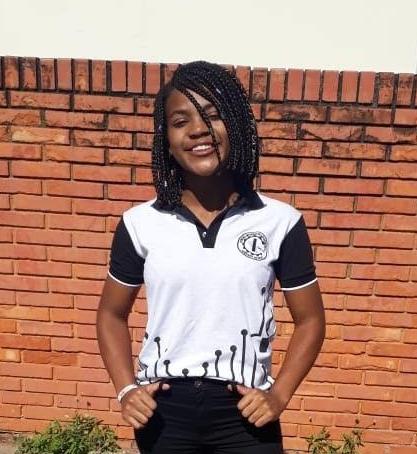 I have always been criticized about my potential because of my color. In 2017, the year I entered integrated high school, from that moment on, my life turned around. I met new people, new thoughts, my horizons expanded, I came to have another conception of the world, and even myself, I met black people like me who accepted themselves and were not ashamed of their origin.
Over time I became very interested in the area of programming, and in one of these science fairs, I developed an app, without even having a formal learning. From that moment on, every faculty started to look at me with other eyes, so I was called to participate in a project that teaches girls from the Rio's West Zone the logic of programming. With this project I won a scholarship. Nowadays, I am more engaged in social projects, so much so that one of my final works is a support house for women victims of domestic violence. Despite being a tiring routine, seeing the fruits is the most pleasurable part, rewarding any and all obstacles.