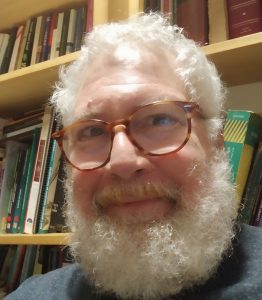 I graduated in Systems Engineering from the Pontifical Catholic University of Rio de Janeiro in 1977 and worked at the state-owned computer manufacturer COBRA SA from 1980 to 1986. I got the master's degree in Systems Engineering and Computer Science in 1997 and the doctorate in Production Engineering in 2001, both at COPPE/Federal University of Rio de Janeiro (UFRJ). I was a Visiting Scholar at Stanford University's Program in History and Philosophy of Science from 2000 to 2001, as part of the CAPES' Programa de Doutorado Sanduíche no Exterior (PDSE).

During graduate studies I approached humanities and social sciences by immersing myself in the research on the history of Manguinhos Institute, which besides a master's and a doctoral dissertations, resulted also in the book "Yes, we have Pasteur - Manguinhos, Oswaldo Cruz and the history of science in Brazil", published in 2007. It was along this research that I became interested in the Science and Technology Studies, which consider science and society not as distinct and separate entities but as resulting from a hybridization and mutual changing movement, perceived only by a concomitantly social and technical approach, by a sociotechnical standpoint. A standpoint that seeks to grasp the sciences and technologies without factoring them into dualities ("technical factors" versus "human, organizational, economic, political, social factors, etc.") that ultimately disfigure the "seamless cloth" that imbricates the social and the technical in the same indivisible fabric.

I am founding member of the Brazilian Association for Social Studies of Science and Technology (ESOCITE.Br), which gathers researchers from Science and Technology Studies in Brazil. At UFRJ, I am Associate Professor with affiliations in the Graduate Program in Systems Engineering and Computer Science (PESC), in the Graduate Program in the History of Sciences and Techniques and Epistemologies (HCTE), and in the Computer Engineering and Information Course (ECI) at the Polytechnic School.

I am especially dedicated to the research in Education & Information and Communication Technologies (ICTs); in software as a sociotechnical construction; and in the History of Computing in Brazil. I am founder of the Symposium on the History of Computing in Latin America and the Caribbean (SHIALC), which has been meeting biannually since 2010. I was supported by the Alexander von Humboldt Foundation to conduct research on the history of computing over the years 2009, 2010 and 2014, at the Deutsches Museum and the Universität Konstanz. I am the coordinator of the research area in Informatics and Society of PESC and I was coordinator of the ECI program (2012-2014) and the Academic Superintendent for Graduate Studies at the Office of the Dean of Graduate Studies and Research of UFRJ (2015-2016). During the Spring semester of 2019, I was at the University of Texas, Austin, granted with the UT-Fulbright Chair in Socio-Cultural Tensions and Public Policies (see https://liberalarts.utexas.edu/llilas/visiting- academics/visiting-professorships/fulbright.php).