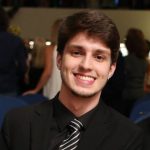 I entered the Computer Engineering and Information course at UFRJ in 2016 and since then I have been seeking a purpose within the course. From the beginning I realized that the college was a completely hampered regarding teaching. When I did the discipline Computers and Society with Professor Henrique Cukierman, I realized that I was not the only one who thought in such a way. Since then, I have committed myself to be always trying to participate in projects that have some positive influence on people's lives. Because of that, I joined LabIS. One of my dreams within UFRJ is to be able to put into practice a personal project, the Angel Detector (developed during the CompSoc discipline) and become a better person both professionally and socially