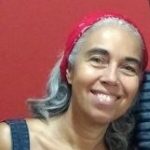 I have a bachelor's degree in Biological Sciences and a master's degree in Information Science, both from UFRJ (1982 and 1994). Since 2001 I work as an analyst in the Planning Area at ​​FINEP - a state-owned innovation agency - and there I had the opportunity to participate in activities and discussions in the field of planning in Science and Technology. With the support of FINEP, I obtained MBA degrees in Executive Management (COPPEAD, 2002) and Knowledge Management (COPPE, 2003), and a specialist degree in Regulation of the Audiovisual Sector (Institute of Economics/UFRJ, 2010), and now I face the challenge of a doctorate at the Graduate Program in the History of Sciences and Techniques and Epistemologies (HCTE/UFRJ). I am curious about the paths that public policies follow, with several rounds of composition and deviations until they are implemented (eventually with the participation of agencies such as Finep and CNPq ). That is the reason why I chose as a doctoral topic an investigation into the main events that led to the conception and development (2005-2012) of a federal government initiative for the acquisition, distribution and use of laptops in public education, the program One Laptop per Student (Um Computador por Aluno).