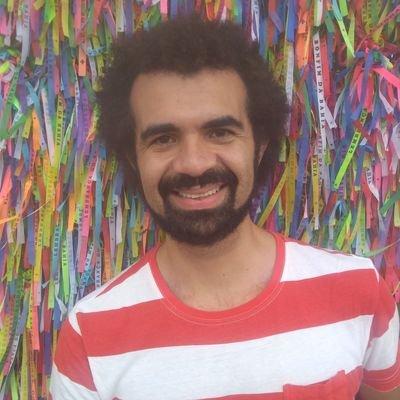 During undergraduate studies, I used to be uncomfortable with the naturalization of engineering, its methods and its effects and with the almost absence of discussions regarding the technoscience-society binomial. I began to find some answers to this discomfort as I approached the outreach-militancy in engineering at UFRJ itself, which has in the Núcleo de Solidariedade Técnica (SOLTEC) one of its main pillars. As a result of this approach, I joined the research area in Informatics and Society at PESC/COPPE/UFRJ, where I obtained a master's degree in 2013 proposing to open the black box of Digital Inclusion projects/discourses in Brazil, a work that, beyond the typically academic correlations, allowed me to approach a deep and rich Brazil, usually absent from the pages of engineering dissertations; places like Vigário Geral, Complexo da Maré, Complexo do Alemão and its people.

After returning to the university in 2015 as a doctoral student in the same research area, I have as general aims (a) the construction of a narrative about the presence of ICT in Brazil, based on the ideals of autonomy, freedom and/or emancipation that guided some experiences and that , through the same movement, gave rise to the possibility of building other Brazils; and (b) to think on the modes of existence enacted by computing and related projects in Brazil. From this perspective, I have been researching experiences such as the market reserve from the mid-1970s to the early 1990s, the free software policy of the early 21st century and the actions of social movements and civil society around a libertarian informatics.

From September 2018 to February 2019 I held a position as visiting scholar in the Science and Technology Studies Program at University of California, Davis, with the support of a scholarship from CAPES' Programa de Doutorado Sanduíche no Exterior (PDSE).

I am a teacher at Cefet/RJ, where I am engaged in research-outreach projects and teach classes in the secondary education. I am also a militant in the local union, where I advocate a free and public education. Besides the academic life, I enjoy poetry and hiking in the mountains of Rio de Janeiro.